Yesterday evening I (finally) arrived in Osaka.
Since the previous dinner gave me a bit if a difficult time I chose a “safe” place to eat, the Coco curry house.
When I ordered a beer the guy at the counter kindly asked me, in his best English, if I still needed to drive.
Luckily I wasn’t so they gave me a beer, I needed that!
The meal itself was okay, didn’t expect too much from it since it wasn’t a real restaurant 😉

After I finished my meal I headed towards Nanba, where I found not one, not two, but three arcades! I spend quite some time there, but only a few minutes were spend on actually playing games. I was really fascinated by the mind of games available.

There were two guys holding plastic guns battling online with some kind of super girls with jet boots and bazooka’s. Eight guys were betting on digital jockeys who were participating a horse race. And another guy was playing some kind of coin dozer game in the setting of Monster Hunter.

When I encountered a Pop’n Music arcade cabinet I just had to spend some time at it, using my personal arcade card!
Since it was already getting late I decided to go back to the hotel, where the piccolo started laughing when I told him I went to the arcade…

The next morning I got some breakfast at the nearby supermarket, after which I went to Bentenchi station to meet up with Sybren and Rutger! When I finally found them (walked in the wrong way direction at first) we took the train towards Osakako, it’s where Osaka Aquarium is located.

After seeing a lot of fish, we went to the nearby mall to get some snacks, playes some “The Bishi Bashi” (Google it, awesome game), went into the world’s biggest ferris wheel (so they say) and headed towards Nanba.
In Nanba we wanted to go to the BBQ restaurant where Syb and I went in 2011. Unfortunately there were full and we’re booked until 20:00,so we went to our next spot (where we would go anyway) : TakoTako King.

The TakoTako King is a small bar with really cheerful bartenders.
Instead of ordering one meal, we decided to get lots of smaller dishes, mostly pork and octopus bases.
Note: baked/fried octopus is much, much better than raw!

So currently we are still in TakoTako King, having an amazing time. 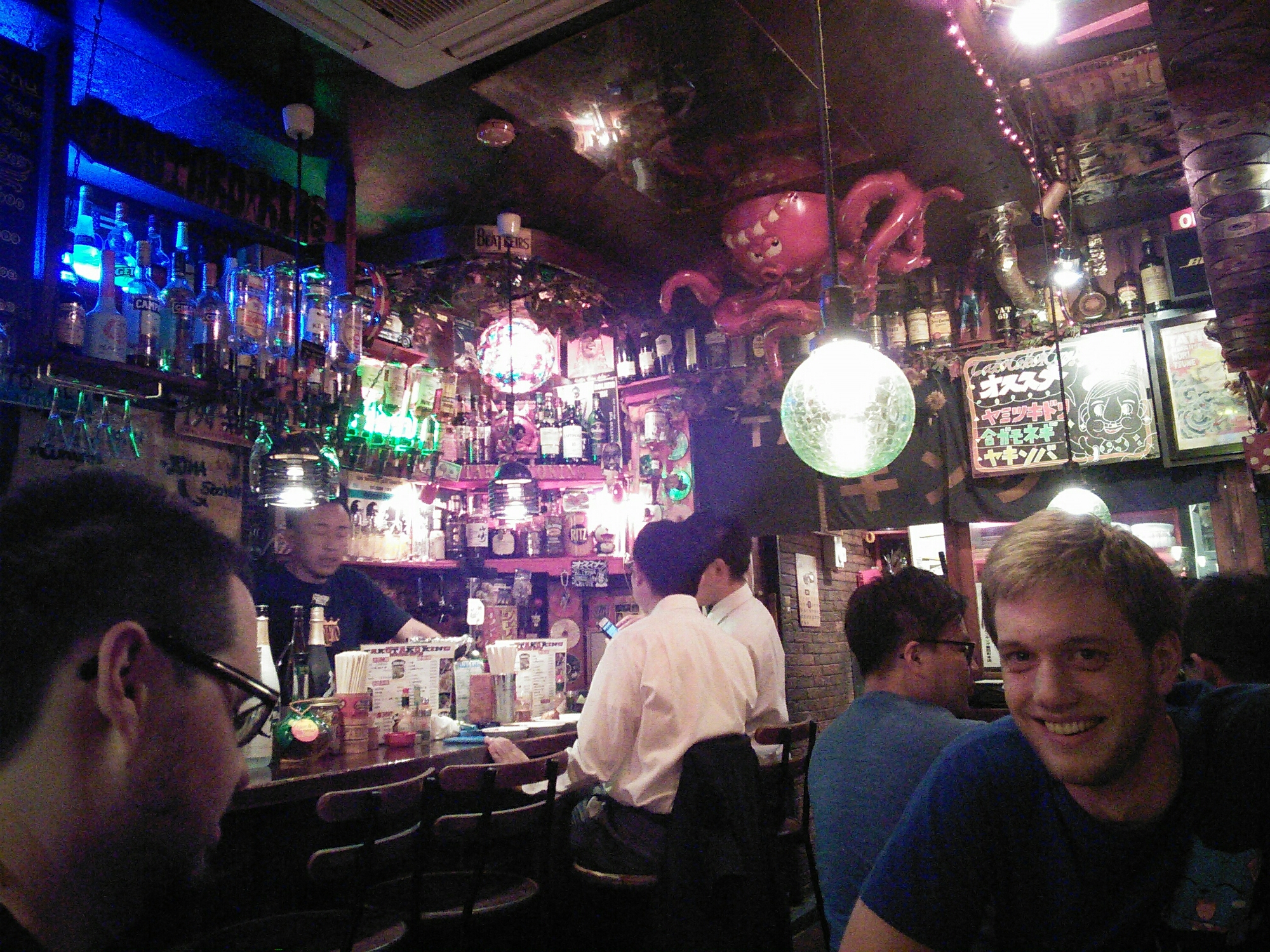 One thought to “Best bar in Osaka!”