So after traveling close to 5 hours, I finally arrived In Takayama.
It took me only 5 minutes to find my “Super Hotel”

They might have exaggerated a bit when they took that name, it wasn’t really super at all. There was this constant humming noise, and to my surprise the reviews I read online weren’t lying either: the rooms smelled a bit like cabbage…
Also the pillows were made of rocks so it seemed, perhaps for that old authentic 200.000 BC feel.

I arrived a bit late that day, so when I went to visit the well known “Old town” a lot was already closed. It still looked great though.
So I went to a restaurant to get me some dinner: Noodles with some hida meat.
(Hida meat is the Kobe beef of Takayama)
The meat itself was reasonable, bit too well done for my taste, and the noodles were okay.

For the next day I had reserved a spot for a tourbus that would take me to Shirakawa-go. (it was cheaper then taking the bus alone ;-))
But since I woke up a bit early I decided to visit Hida No Sato first, which is an open museum version of Shirakawa-go. Hopefully I’ll be able to upload some pictures later, I made most with my camera so I cannot upload them in the train.

I left Hide No Sato after about an hour, so I would be on time for the tourbus. Once I got at the place and the bus arrived, someone came out the bus and asked me “You must be Marcel-san!”.
Lucky for me I was indeed Marcel-san, so I was allowed to enter the bus.
So with around 18 people we went towards Shirakawa-go!

We firs went to an observatory spot which had a great view of the village : 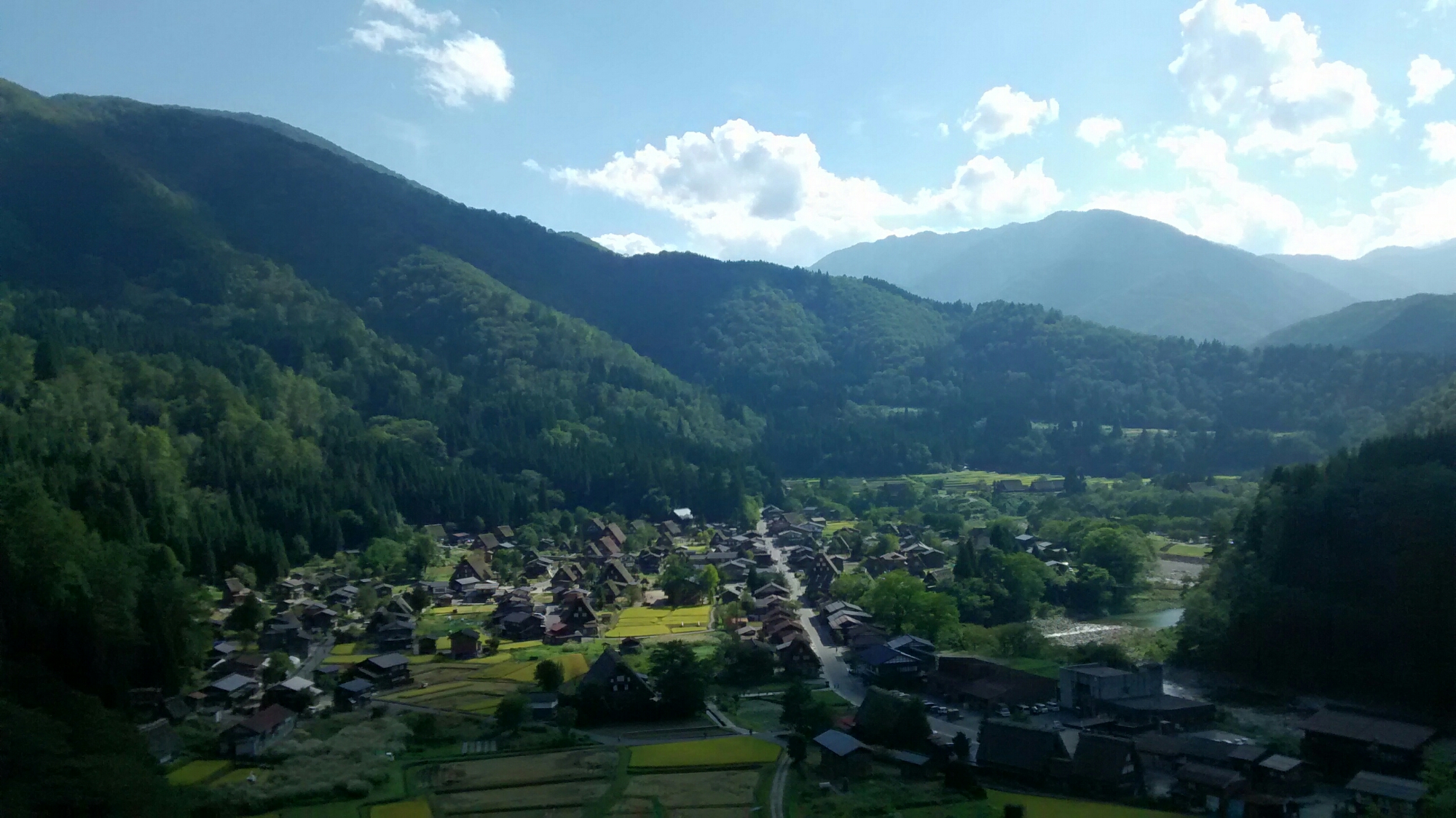 After a few minutes we went back to the bus again and this time the next stop would be the village itself.

To enter the village you must first walk a pretty long suspension bridge, and after that it gets really quiet since almost not traffic is allowed in the town. (it’s part of Unesco World Heritage)
Took some great pictures there and drank some Shirakawa-go sake. (which can only be brewed at the Hachiman shrine)

After two hours we went back to Takayama and I again headed out to get me some grub!
This time I went to a smaller place and they had a Hida set menu, which contained miso, salad, tofu, rice, dessert and a Hida steak!

Although the whole set meal was pretty good, the Hida steak was absolutely amazing! It was extremely tender and baked rare this time.
Again, hopefully pictures later this day!

So today I’m again traveling most of the time, going from Takayama to Akihabara in Tokyo. This also takes about 5 hours…
At least I’m familiar with the hotel I’ll be staying at, which is a great one 🙂

One thought to “Takayama, Shirakawa-go and Hida beef!”