Just minutes after my last post (at Osaka Universal Studios) there was a huge explosion in the park with lots of smoke.
It could only mean one thing: The zombie invasion was starting!

There were like 20 regular zombies walking around and even a few holding chainsaws. It was great fun to see people run away and loads of children were crying 😛 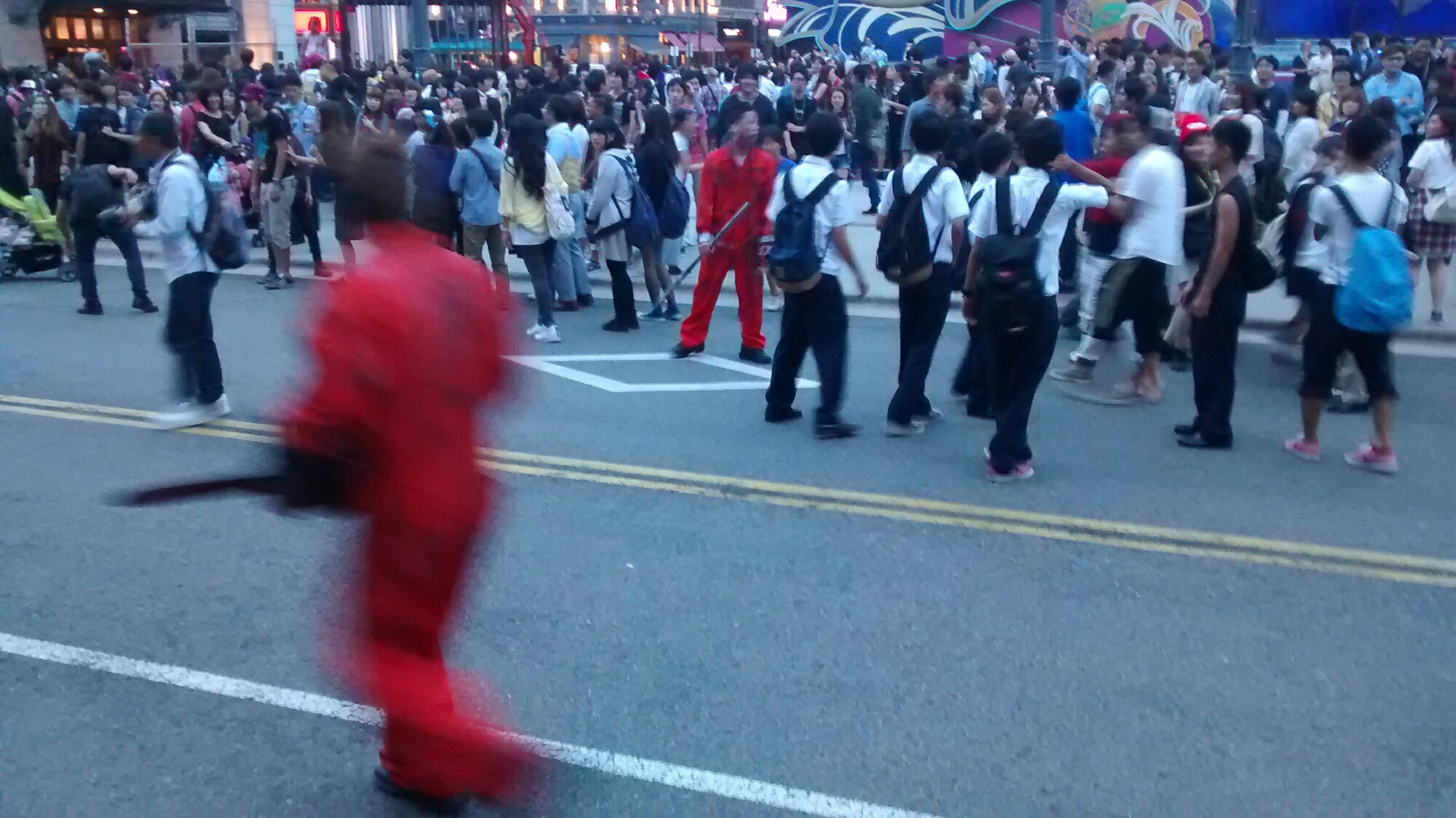 After a few minutes a Swat team arrived to capture the zombies, but after they were nearly done the chainsaw guy freed them all and it all started over.
So after seeing this happen like 3 times I decided to go back to Osaka.
The next day I headed out early to get to Himeji, since there is a huge Castle there. Unfortunately I couldn’t actually enter the castle because they were still busy renovating the place. It was still really cool to see the place.

After Himeji I made a short stop at Kobe.
Before I went to Japan I’ve read somewhere online that Kobe had a real Dutch Wafelhuis, and since I would be passing Kobe anyway it was a great place to take a break.

The owner wasn’t there, but luckily one of the guys working there was from Belgium (and he gave me an extra large ice cream because I was Dutch, yay!) 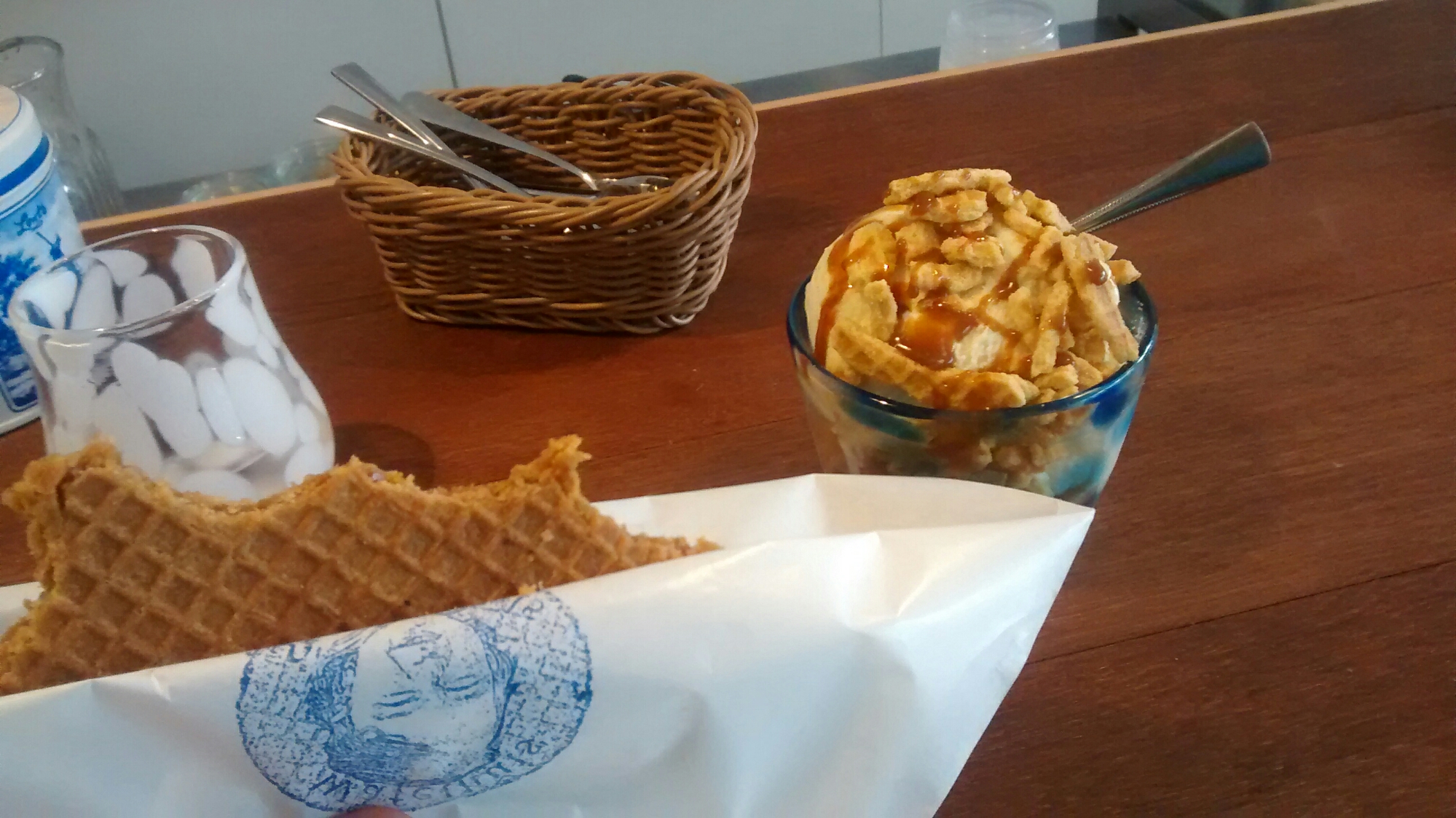 When I was back at the hotel, I noticed they took all the beer out of the vending machines. That night they had an open bar so I decided to join the two Japanese men and women sitting there.
They were really impressed with my Pebble Smart watch, I think they probably told me twenty times that it was “very naisu”
I talked with Kato-san, who was pretty good in English, for quite some time. (He also visited the Netherlands eight years back.)
After being stuffed with free beers, free sake and free snacks I decided to get some sleep.

The next morning I had check out again, I was going to Nara that day.
Nara wasnt that far, I think it only took around 40 minutes to get there.
Also in Nara there are a lot of deer walking around, but unlike Miyajima they were a bit more rude and mainly stayed in the parks.
Besides seeing lots of deer (again) I also visited the Nara National Museum, and the huge Todaji temple.
(it’s the largest wooden building in the work, and inside is the largest bronze Buddha Vairocana statue in the world )

That evening I met up with Sybren and Rutger again, and we went to a great restaurant. The menu was only available in Japanese, but it did have pictures so we just choose the biggest plate of meat, accompanied with several beers. 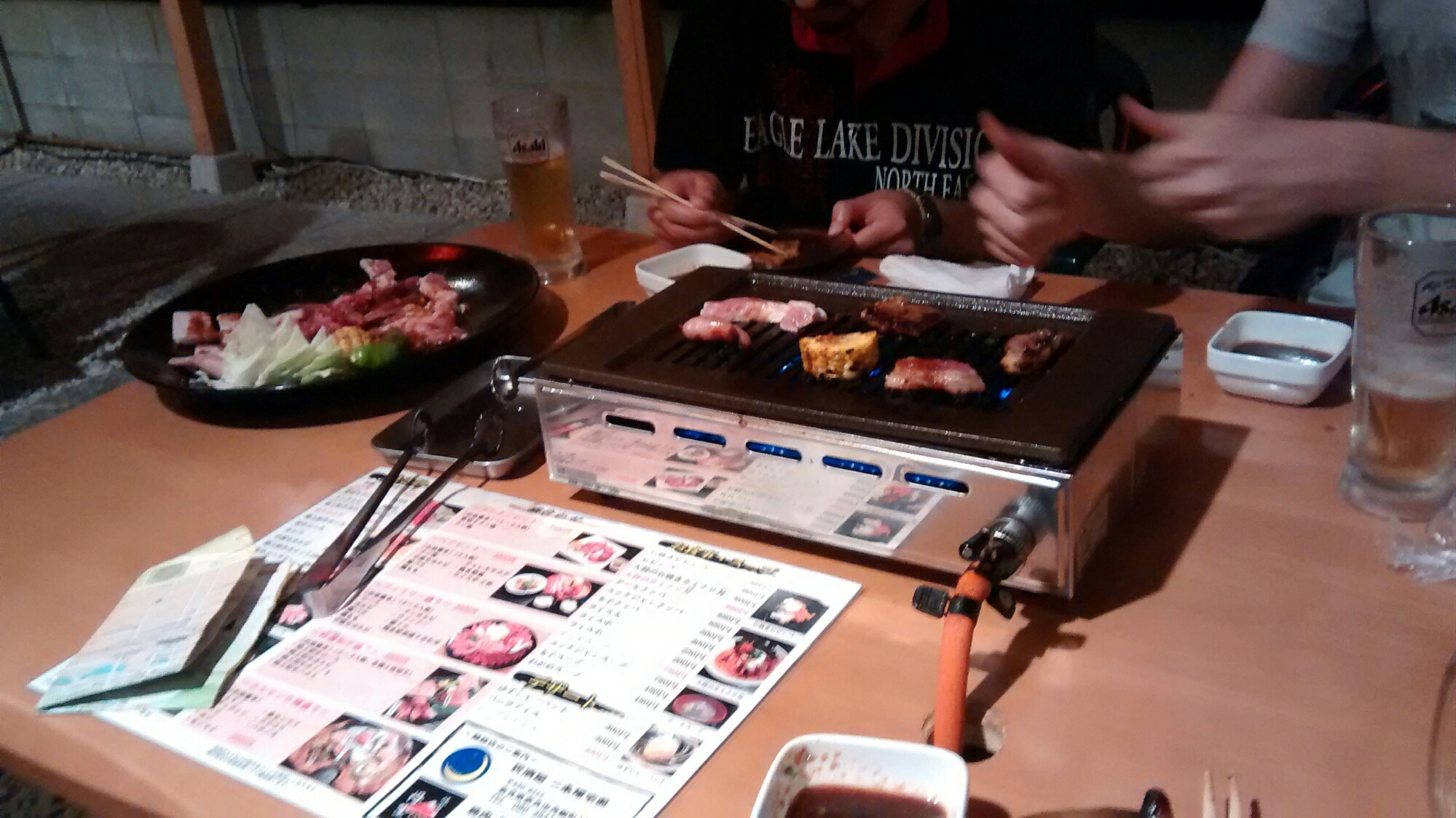 Afterwards we grabbed a drink at a different bar, but then it was time to get some rest.

So right now I’m in the train again, traveling towards Takayama. It’ll take around 5 hours to get there, but hopefully it’ll be worth it!